If you like to explore Cala Morell, it should be on your agenda! 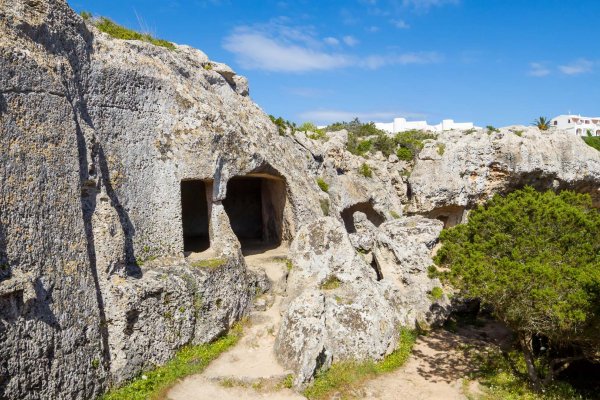 If you are curious, explorer and adventurer, one of the places you must visit without fail is the Cala Morell Necropolis.

Cala Morell is one of the emblematic prehistoric necropolises of Menorca. Located on the north coast, on the cliffs of a small inlet that protects an anchorage area used during prehistory. These are artificial caves carved into the rock, some stand out for the sculptural treatment of the facades that continues to amaze experts and visitors.

The necropolis of Cala Morell, located in the cove of the same name, in the north of the municipality of Ciutadella, is one of the most beautiful prehistoric cemeteries for the perfection and beauty of some of the facades and for the plastic capacity with which they were excavated their graves. It is located in the ravine that flows into the cove. The first documented tombs date from around 1600 a.n.e. They are two small hypogea - chambers artificially excavated in the rock - with a stone corridor as access. In its interior were located some ceramics corresponding to the ancient trousseaux that accompanied the deceased there buried. Later, in the Iron Age, from the sixth century BC, the necropolis documented its maximum expansion. The hypogea, large (between 120 and 170 m2) become large pantheons where collectively deposit the deceased. The burial ritual was performed covering the deceased and their trousseau in quicklime.

The tombs of this necropolis are designed to pay homage to the dead by the living. It is common for some of the burial caves to have a kind of atrium in front of the door where food contained in ceramics was offered. Of the set of hypogeums, the highlight is number 4, which has a sculpted façade reproducing architectural elements of Etruscan and Punic influence.

In some parts of the walls of the ravines can be observed "capades de moro", circular or oblong receptacles that possibly served to contain infant funeral urns. It is declared an Asset of Cultural Interest (1985).  https://www.illesbalears.travel/recurso-turistico/es/menorca/necropolis-cala-morell 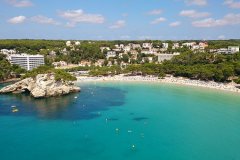 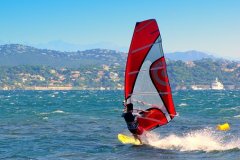 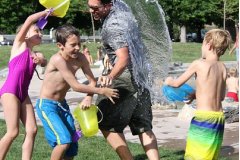